Whether you are men or a woman, whenever you see a celebrity or any professional sportsperson, all you wish for is to get the body shape and physique they have. Women take inspiration from celebrity actresses in toning their bodies. But the men prefer to adopt a healthy lifestyle by following the routine of any boxer or wrestler. Getting six-pack abs with toned arms and biceps is something that every man wishes to have. 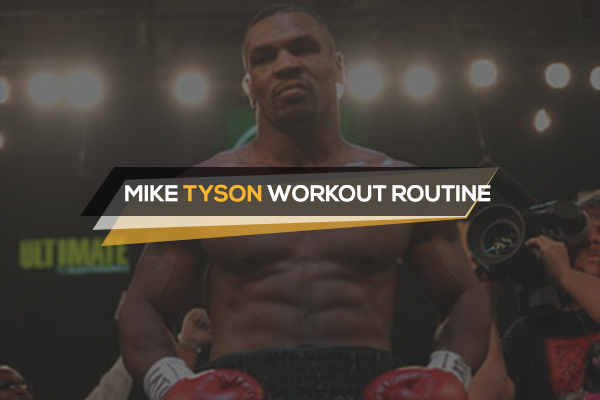 When we talk about celebrities with a well-toned inspirational body in sports, we always hit our minds with the name of Mike Tyson. Do you want to know his secret workout routine? Let’s dive into the workout universe of Mike Tyson!

The Training Schedule of Mike Tyson:

Well, the Mike Tyson workout plan was based on a schedule that he used to plan under the guidance of his trainer expert.

Before the start of any fight, Mike plans a proper workout schedule of 5-6 weeks. And in those 5 weeks, he does a hard workout of a maximum of 60 hours a week.

Mike Tyson’s workout results can only be achieved if you follow his strict workout schedule, where he never skips a single day of the week. This is hard!

Now being an inspiration to so many future boxers out there, it is essential to get an idea about Mike Tyson’s workout routine. He hence shared his workout routine in his many interviews, which became the center of attraction for many. His workout plan was based:

Tyson used to follow this training approach with the help of two methods. It was either broken down into 5-10 smaller sets for the whole day. Laico hence always suggested Tyson adopt five sets based on 100 dips, push-ups, and shrugs with 200 sit-ups and with air squats each.

What was the Mike Tyson’s workout routine in his prime?

According to some sources, Mike Tyson’s workout routine in his prime was based on the following activities:

If we talk about the running workout routine of Mike Tyson, it generally starts from 4 am when he used to run for a maximum 3 miles jog. For him, 3 miles of non-stop running was best to build his power to survive in front of the opponent.

After 3 miles of the run, he sleeps for a few hours and wakes up to start a new training routine. This running routine was followed every day without a skip. By giving a deep look into his workout routine, you will notice that he used to give his body a rest for just a few hours, and the rest of the day hours were just dedicated to challenging exercise and a challenging routine.

Why does Mike Tyson add calisthenics training to his workout?

If you want to build an incredible body physique that is athletic, strong, and explosive, following the bodyweight mentioned above exercises should be your priority. You should hence never limit your body to stay within burnout or the conditioning exercises. Hence, you can build powerful muscle toning by following the calisthenics exercises properly.

So this was all about the detailed Mike Tyson workout schedule and how he has kept his body in such a well-toned shape even at this age. This is truly an inspiration for many upcoming boxers who are seemingly interested in being the king boxing world.

If you want to get a body like Mike Tyson, then start following his workout routine right from today!